Today I’m excited to welcome Susan Breen for an author spotlight. Read through to the end to find out how to enter her giveaway. 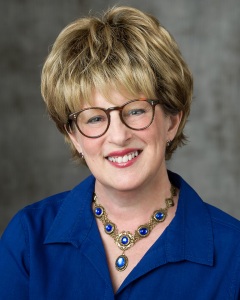 Susan Breen’s first mystery, Maggie Dove, was published by a digital imprint of Penguin Random House on June 14, 2016. The sequel, Maggie Dove’s Detective Agency, will be published on November, 8, 2016. Susan’s short stories and essays have been published by a number of magazines, among them Ellery Queen Mystery Magazine, American Literary Review and anderbo.com. One of her stories was selected for inclusion in Best American NonRequired Reading. She is also a proud finalist in the Writer’s Policy Academy Golden Donut story competition. Susan’s first novel, The Fiction Class, won a Washington Irving Award from the Westchester Library Association. Susan teaches creative writing at Gotham Writers in Manhattan. She’s also on the faculty of the New York Pitch Conference and New York Writers Workshop. She lives in a small village in the Hudson Valley with her husband, two dogs (cockapoos) and a cat. Her three grown children are flourishing elsewhere.

1. We’re brave. Anyone who has ever walked into a confirmation class full of dubious teenagers knows that there are times you have to gather your courage around you. Over the course of the detective series, Maggie Dove has to exhibit her bravery a number of times, especially when she finds herself facing off against a murderer. But she has her faith on her side, and it gives her courage.

2. We’re ruthless, which is to say, we do what we need to do. When a minister asks you to make sure that all the fifth graders have written a statement of faith for Youth Sunday, you can’t weasel out of it. Maggie Dove has to surmount a number of obstacles. For example, she has to follow a suspect in her car and that leads her to a place that frightens her, which is a store that sells supplies for witchcraft. But she goes in, engages with the people there, and succeeds in retrieving (stealing) an important clue. She gets the job done!

3. We’re creative. When you’ve got an hour to fill, with a bunch of energetic children, and it’s April, and the sun is shining and the air smells so sweet, you’d better be able to come up with something interesting to hold my attention. Some of my favorite scenes in these novels are set inside the classroom, with Maggie Dove testing out some of my own ideas (though she did not really mean to set off the fire alarm when teaching the kids how to make pretzels.)

4. We know that evil exists, and that sometimes we are called to confront it. Maggie Dove’s Detective Agency begins with a potential client wanting to hire her to protect her mother from her sister, who she believes is evil. The truth is not so simple, of course, but one of the things I like about writing about Maggie Dove is that she knows what she values, and she’s willing to put her life at risk to protect it.

It was my third grade Sunday School teacher who got me going. Her name was Florence Gumbs and her favorite hymn was, “There is a Balm in Gilead.” Except I always thought she was singing about a bomb. She thought I was funny and saved every last thing I wrote, and many years later she gave it all back to me, in book form.

I have two little dogs (and a husband and three grown children). Every day I take my little dogs into the woods, which are outside my house, and we roam around. Especially now that spring is sort of here, I love looking at the way the woods change every day. It seems like overnight, something big and green will erupt.

I’m working on a third Maggie Dove, which involves a missing bride. I also had a Maggie Dove story in the July/August 2017 issue of Alfred Hitchcock Mystery Magazine.

Readers, do you have a favorite teacher? Leave a comment below for your chance to win an Ebook copy of Susan’s book.

As Susan Breen’s compelling cozy mystery series continues, Maggie Dove’s budding detective agency has given her a new lease on life. Only one thing stands in the way of success: her clients—or lack of them.

After catching the killer who shook her small Hudson River town, former Sunday School teacher Maggie Dove stumbled onto an exciting new career and found a way to take her mind off her own tragic past. Now, despite her best efforts to promote the agency, Maggie can’t seem to land any new cases—until Racine Stern, one of the village’s wealthiest residents, offers her a thousand dollars to convince her “evil” sister, Domino, to stay out of town.

While Maggie’s business partner thinks she’s crazy for turning down a potential client, she doesn’t want her agency to get a reputation for accommodating bizarre requests. However, Maggie is soon caught up in the family drama anyway. Racine may fear for her life—and her inheritance—but it’s Domino who takes the fall when she plunges to her death from a tower at Stern Manor. Was it an accident or something more sinister? Maggie’s investigation will test her faith—and her ability to survive.