Today I’m excited to welcome Kelly Irvin for an author spotlight. Read through to the end to find out how you can enter for a chance to win a book. 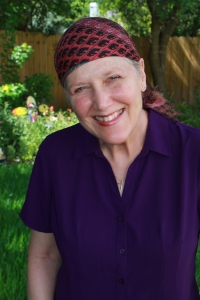 Two-time ACFW Carol Award finalist Kelly Irvin is the author of the critically acclaimed Amish of Bee County, Bliss Creek Amish, and New Hope Amish series. Her newest release is Beneath the Summer Sun, the second novel in the four-book series Every Amish Season from Zondervan Publishing. Her work has also appeared in four Amish anthologies, An Amish Market, An Amish Summer, An Amish Christmas Love, and An Amish Christmas. Kelly is a retired newspaper reporter and public relations professional who lives with her husband in Texas. They have two children, two grandchildren, and two ornery cats.

Recently I saw an article in a trade magazine that talked about returning to writing after a “life event.” I had to stop and ponder this idea. It never occurred to me to stop writing during the most difficult times of my life—several of which have occurred in recent years when I’ve had the most success as a novelist. In fact, writing is what continues to carry me through those difficult times. Most life events aren’t single events that occur and then are over. They have lasting effects and we continue to deal with them for years.

I’ll give you an example. In October 2015, I had spinal fusion surgery to correct severe scoliosis and nerve damage. Soon after, I learned I would never walk normally again. In December 2015, I was diagnosed with primary lateral sclerosis (PLS), a degenerative motor neuron disease. In January 2016, I received a diagnosis of Stage 4 ovarian cancer. Talk about a 1-2-3 punch. At the same time, I experienced some tremendous blessings in my writing career. I received a four-book contract for the Every Amish Season series with Zondervan Publishing. My books Love Redeemed and The Bee Keeper’s Son were nominated for national awards in back-to-back years. I was asked to contribute novellas to several anthologies.

Eventually I had to retire from my public relations job because I was no longer able to fulfill my duties. Which means I’ve been able to write full time for the last two years.

Writing became my go-to medication. My escape. A place where I can find my joy. I couldn’t have survived this journey without it. Imagining and writing my stories through the chemotherapy and the side effects and the stress and the fear keeps me going. I huddle up to my computer every day, at least six or seven hours a day, five days a week. Unless I’m at a doctor’s appointment.

I’ve learned the truth of the scripture that says, “In this world, you will have trouble. But take heart! I have overcome the world.” (John 16:33) (NIV)

I’ve also learned to be thankful every day for the blessings in my life, particularly the spiritual gift of writing. For me, it’s intended to be used in hard times, as well as good times. These hard times teach me lessons I can share through stories with my readers.

I hope readers are able to escape their difficulties for a few hours while reading these stories. Even more, I hope the stories help them navigate through the difficulties. These novels are intended to entertain, but also carry the message of Christ’s enduring love for us. They are intended to remind us all that He holds our hands through the good times and the bad.

Whatever life event you’re experiencing, remember: “Cast all your anxiety on Him because He cares for you.” (1 Peter 5:7) (NIV)

Readers, answer the question below to enter for a chance to win her book.

Do you prefer your books to be “light” or do you like to have some deeper meaning or issue to contemplate when you’ve finished reading? Why?

Not a lot. I write Amish romances so the heroines are frequently young and live in a completely different community. However, I grew up in a rural community. My parents and grandparents grew vegetables and canned. My mother taught me to sew on a treadle sewing machine. I did laundry for seven people in a wringer wash machine, rinsed the clothes in two big sinks, and hung them on the line. We didn’t have a phone. I’m able to use much of that detail in the lives of my characters while it’s probably harder for younger writers who grew up in the digital age. I’m an introvert who loves to read and putter around the house. I sometimes give my heroines qualities I’d like to have.

I’d love to be an acquisitions editor at a publishing house. My dream job would be to read books all day, buy books, and edit books. A life focused on the world of fiction!

For one of my first books, a romantic suspense novel, the publishing house hired an outside editor. He suggested I just hit “accept all” for his changes and then read the manuscript. He was sure I would find it much improved. Of course, I declined to do that and instead read through his changes. Having been a newspaper reporter for ten years, I’ve learned to be fairly thick skinned regarding criticism, but this editor liked to couch his changes in what I would call “snarky” comments. In one instance, he said I could decide to ignore his input and leave the line as written—if I didn’t mind everyone laughing at me after the book was published. 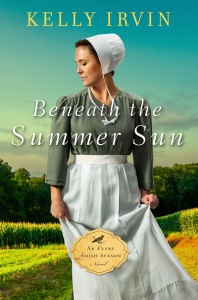 The smack of the baseball against an aluminum bat sounded like summer. At thirty-seven, Jennie Troyer hadn’t been a student in many years, but the end-of-school picnic still caused her spirits to soar as if she were ten and set free for the next few months. She might be old, but she understood how her children felt. That curious lightheartedness for this one afternoon on the last day of April.

Smiling at the thought, Jennie clapped as Cynthia smacked a blooper into what served as right field and scurried to the discarded rug that did double duty as first base. Micah hurled the ball to Celia at second base, and the chatter from the parents seated in lawn chairs on the sidelines reached a crescendo. Jennie’s children comprised almost half the players on the field. Their cheeks were red, their hair sweaty, and their clothes dirty, but they didn’t seem to mind that summer had arrived early in Missouri.

After all they’d been through—no matter how much time had passed—they deserved a few hours of carefree, childish play. Despite the heat Jennie shivered. She studied the rows of corn plants in nearby fields and tried to recapture the happiness she’d felt only seconds earlier. Raising her face to the sun, she begged it to burn away a pain that still barged into her day at odd, unexpected moments.

“Your kinner are on fire today, aren’t they? I’m surprised Francis isn’t out there too.” Mary Katherine Ropp plopped her dumpling-shaped body into a sagging lawn chair next to Jennie’s. Grasshoppers sprang in all directions in her wake. She smelled of charcoal and grilled hot dogs. “He’s Elizabeth’s little shadow these days.”

Afraid her perceptive friend would read her face, Jennie sprang to her feet and did a head count with her index finger. Matthew, her graduate and oldest son at fourteen, stood at third base, his hands on his hips, his usual sullen look on his face. Followed at various places on and off the field by Celia, thirteen; Micah, eleven; Cynthia, ten; Mark, seven; and Elizabeth, six and just finishing her first year of school. No Francis. At four, her youngest had a mind of his own, a penchant for trouble, and sturdy little legs to carry him there.