When I signed the contract to write Cocoa Capone, it was the first time I had committed to write something longer than a short story. I usually am very creative in coming up with character names, but for some reason, every name I came up with started with an “A”. Also, my timing was very precise, and I found myself getting lost in whether an event was two days earlier, or the previous afternoon!

I realized I needed a logical way to keep track of everything story related, so I set up an Excel spreadsheet, titled it Cocoa Capone – Book Bible and used separate sheets for different story phases.

I used one sheet as a calendar, entering events on the day the event occurred in the story. So, when I wrote, “It was late Monday afternoon – just five days since I’d dropped Mom off for her flight to Kona, and here we were, driving back to St. Joseph” it really was five days later, not just me trying to guess when I’d originally sent Chloe off to deal with Suzette’s brother.

Next to the names, I put physical descriptions, idiosyncrasies I needed to remember, and relationships to other characters. Suzette’s love interest is Ben and he’s an FBI agent. He has agents working for him once Al Capone’s tunnel is discovered and I needed to remember which of his agents were which! At one point in the writing, I had his second in command reporting to the newbie on the crew. Caught that error, and that’s when I put the character descriptions next to the names.

Suzette runs Kiki’s Cocoa Café, and since it is a COCOA café, she serves hot chocolate. I didn’t include the recipes – an omission my daughter admonishes me for – but Suzette has names for the different hot chocolate offerings. I needed to remember that the Hercule Poirot is made with sugar, milk chocolate, pure cream and is served in a square mug versus the Chloe, which uses stevia, dark chocolate, almond – soy – or rice milk and is served in a clear mug.

I didn’t info dump all the menu offerings to the reader, but I needed to keep track.

This system may not work for everyone, but it certainly helped keep me on the straight and narrow! 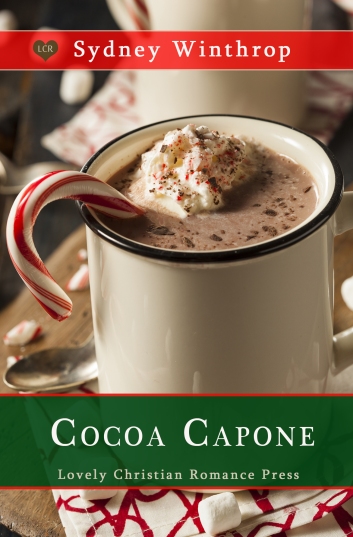 Sydney Winthrop grew up reading Nancy Drew, Sir Arthur Conan Doyle, and Agatha Christie. A writing course at a library encouraged Sydney to try a variety of genres, always circling back to the mystery.

She is currently working on a children’s book; several short stories; and three mystery novellas – with a love interest – that are due to come out in 2017.

Sydney lives in Galveston County with her patient husband and sneaky cat.