H.G. Ferguson –WHAT THE BIBLE SAYS – AND DOES NOT – ABOUT GHOSTS

This week we’re excited to host author H.G. Ferguson as he delves into that sometimes sticky subject about Christians and THAT genre — horror.

It’s October.  The time for goblins—and ghosts.  Ghosts fill much of popular media this time of year and are the subject of books and movies.  Now I like a good ghost story such as Lady in White (film) and The Haunting of Hill House (book).  But the question is, are these stories just spooky fantasy or can ghosts be real?  What does the Bible say about them?

The Bible actually says very little.  Some have pressed Jesus’ words in Luke 24:39 to encompass the reality of ghosts, but the emphasis here is on the contrast between a bodiless spirit being and Jesus’ Resurrection Body, not an endorsement of ghosts or of popular culture notions about ghosts as you will find in the TV series The Ghost Whisperer or Supernatural.  You won’t find concepts in the Bible like the dead wandering about because of “unfinished business” or that they can be blocked by salt.  What you will find is that the dead do not interact with the living.  God forbids it, as He forbids attempting to contact them in any form (Deut. 18:11, II Sam. 12:23).

There is, however, an exception to this—the famous Witch of Endor in I Sam. 28.  King Saul asks her to “call up” the dead prophet Samuel.  She does her thing, and it terrifies her when the real Samuel appears.  The Bible clearly says this is Samuel, not trickery.  And Samuel condemns Saul for his sin and reminds him of God’s judgment, faithful to the Lord even as a shadowy ghost!  Why God allowed this only He can say, but it is a testimony to the prohibitions He makes and to the consequences of sin, not ghosts in general.

But beyond this, the Bible does not speak of the dead interacting with the living, or as something we should fear.  Even if the dead could “return,” they would still be, biblically speaking, unclean spirits over whom we have authority in the Name of Jesus Christ (Luke 10:17).  So a “ghost” should not trouble the believer in Jesus Christ, even if they could exist.

God gives a stern warning in Deut. 18:11, “There shall not be found among you…one who seeks the dead.”  It disturbs me how “ghosts” have become popular in so-called “biblical wordview” novels these days, where the same unbiblical teachings of popular culture are presented as biblical truth.  The God who uttered Deut. 18:11 would never send someone to a medium to receive a message from a dead girlfriend, for example, yet in one of these tales “god” sends the hero to a medium.  This is seeking the dead.  Forbidden by the True God.

But, you may ask, haven’t you written a ghost story yourself?  Yes, I have.  How is that different?  How can that be biblical?

I will answer that in Part II… 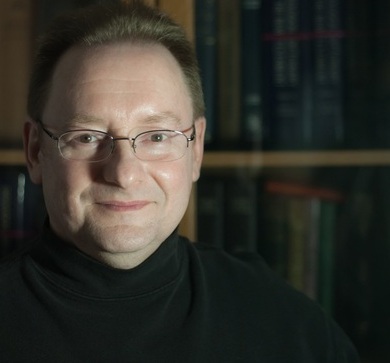 A native of Southeast Alabama now at home in Phoenix, Arizona, H.G. Ferguson has always loved the strange, the unnerving, the horrifying — in short, looking at things that go bump in the night, particularly monsters, outside the box.  A connoisseur of classic horror both literary and cinematic, he floods his writing with originality, creativity and a passion for Truth —  even when shrouded in shadows, like a candle flickering in a mortuary window.  H.G. is the author of New Blood, and his latest release, Jezebelle, comes out October 31 at Amazon.com

6 thoughts on “H.G. Ferguson –WHAT THE BIBLE SAYS – AND DOES NOT – ABOUT GHOSTS”